The Welsh Stud Book contains registration details of four “types” of Welsh Ponies and Cobs. These types include the Section A Welsh Mountain Pony, Section B Welsh Pony, Section C Welsh Pony (Cob type) and Section D Welsh Cob. Each Section has specific characteristics, but all retain the pony character, versatility and excellent temperament of the Welsh breeds.

There is also a register for Welsh Part-bred animals, who must have a minimum proven 12.5% of Welsh blood in their parentage. 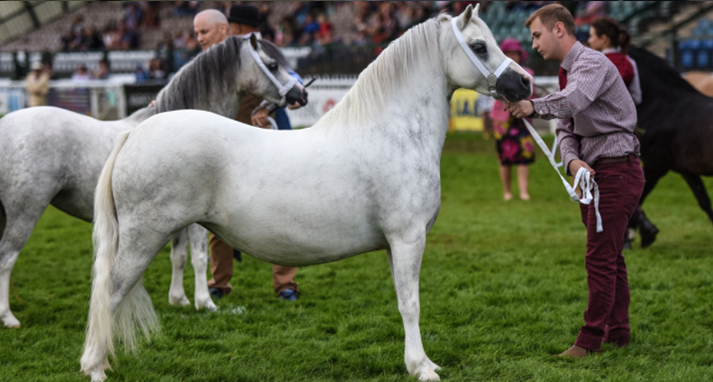 Section A - The Welsh Mountain Pony

COLOUR
Any colour, except piebald and skewbald

HEAD
Small, clean-cut, well set on and tapering to the muzzle

EARS
Well placed, small and pointed, well up on the head, proportionately close.

JAWS AND THROAT
Clean and finely-cut, with ample room at the angle of the jaw

SHOULDERS
Long and sloping well back. Withers moderately fine, but not “knifey”. The humerus upright so that the foreleg is not set in under the body.

FORELEGS
Set square and true, and not tied in at the elbows. Long, strong forearm, well developed knee, short flat bone below knee, pasterns of proportionate slope and length, feet well-shaped and round, hoofs dense.

BACK AND LOINS
Muscular, strong and well coupled

HIND QUARTERS
Lengthy and fine. Not ragged or goose-rumped. Tail well set on and carried gaily.

HIND LEGS
Hocks to be large, flat and clean with points prominent, to turn neither inwards nor outwards. The hind legs not to be too bent. The hock not to be set behind a line from the point of the quarter to the fetlock joint. Pasterns of proportionate slope and length. Feet well-shaped, hooves dense.

ACTION
Quick, free and straight from the shoulder. Knees and hocks well flexed with straight and powerful leverage and well under the body.
Detailed Description

Section B - The Welsh Pony

The general description of ponies in Section “A” of the Stud Book is applicable to those in Section “B”, but more particularly the Section “B” pony shall be described as a riding pony, with quality, riding action, adequate bone and substance, hardiness and constitution and with pony character. 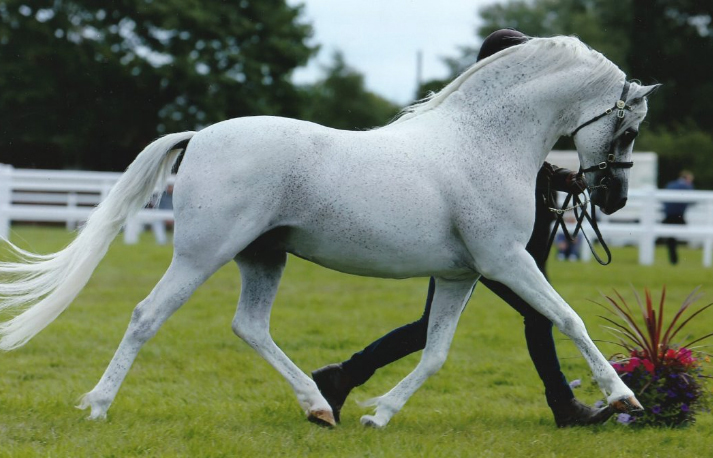 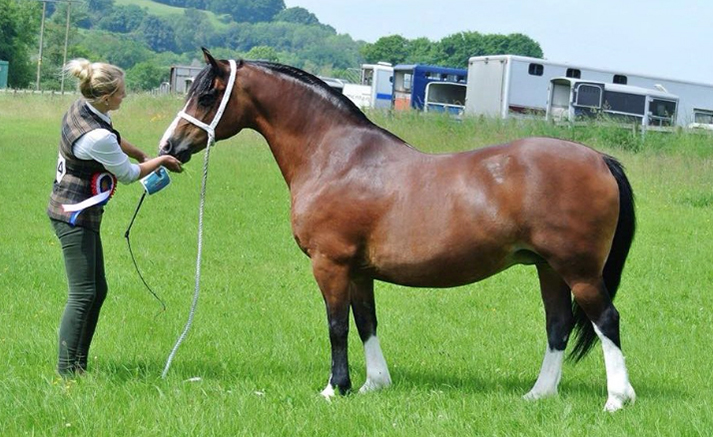 Aptly described as “the best ride and drive animal in the World”, the Welsh Cob has been evolved throughout many centuries for his courage, tractability and powers of endurance.

The general character is the embodiment of strength, hardiness and agility, the head shows great quality with Pony character: bold prominent eyes, a broad forehead and neat, well set ears. The body must be deep, on strong limbs with good “hard wearing” joints and an abundance of flat bone. Actions must be straight, free and forceful, the knees should be bent and then the whole foreleg extended from the shoulders as far as possible in all paces, with the hocks well flexed, producing powerful leverage.

The Welsh Cob is a good hunter and a most competent performer in all competitive sports. In recent years they have had great success in the international driving world. Their abilities in all spheres are now fully recognised throughout the world. 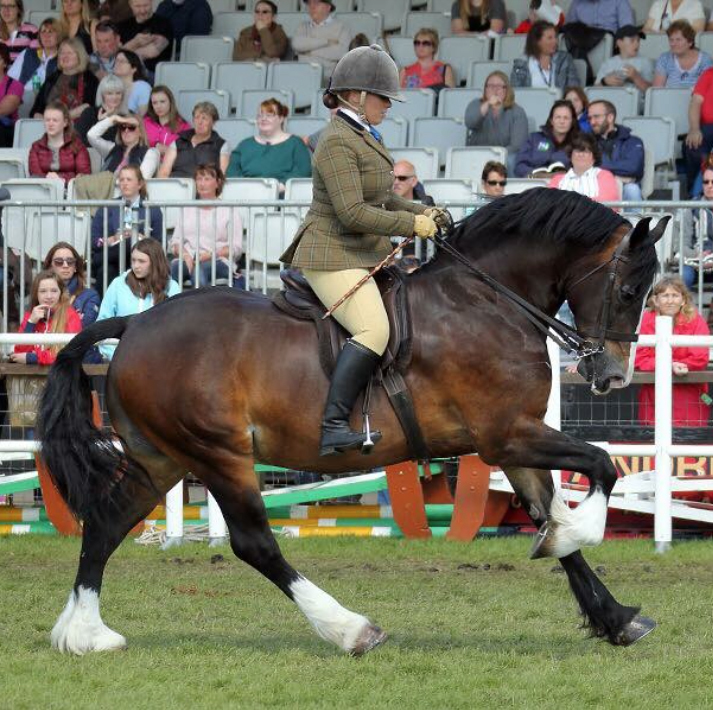 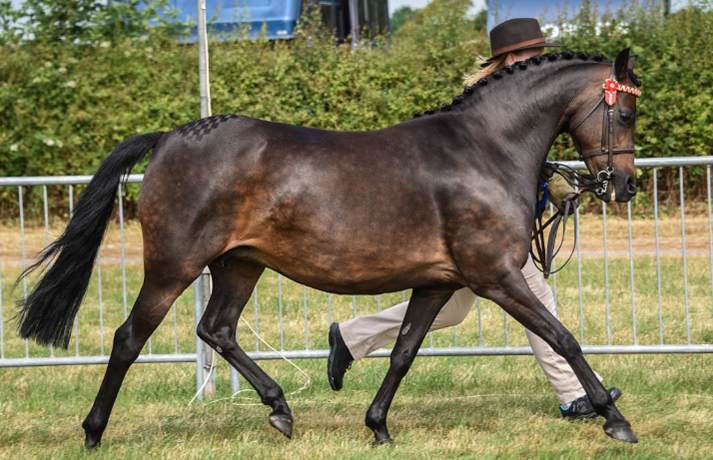 Although the animals entered in all four sections of the Stud Book vary in size and substance, all show evidence of their common ancestor, the Welsh Mountain Pony.

The best inherit the strong constitution, good bone, courage, activity and equable temperament that has led to worldwide renown.

It is therefore not surprising that they are in such demand for crossing with other breeds, and there is a Welsh Part-Bred Register for horses, cobs and ponies whose breeding shows not less than 12.5% of Registered Welsh blood.

What Leading Breeders and Riders think

“…. There is little to approach the Welsh breeds as the basis for competition horse production”
Capt. E Hartley-Edwards
“They have the movement and character to work in all spheres”

“They have a lot of presence and are very good rides; I’m happy to have horses with Welsh blood”

Robert Oliver
“They are a useful foundation, when mated with a TB, to breed an event horse”
Sam Barr

“I don’t mind a strain of Welsh blood in an event horse, their character and native cleverness are great strengths”